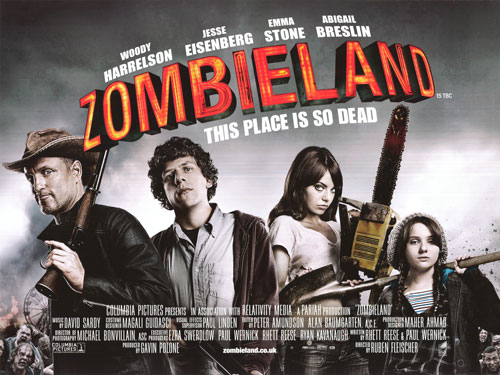 Episode 32 is the semi cult favorite Zombieland.   The 2009 survival comedy starring Jesse Eisenburg, Emma Stone, Woody Harrelson and Abigail Breslin.    The guys get into the movie as usual and topics range from the Rules list, Bill Murray, talk about a Zombieland TV show and E-roc’s dislike of most zombie films because of how they seem to ignore things like human biology and chemistry.    They do have a lot of fun with the flick and then get into the usual what they’ve seen afterwards and then the Pickening.   Enjoy.

You have several ways to get the podcast: